We started off on our motorcycles, the Red 2011 CanAm & Burgundy 2007 Honda VTX 1300R w/California Side Car around 10:30 AM from Brookfield.  Destination The Story Inn in Brown County IN.  Right from the start I could feel something was not quite right with my Honda.  It was dying at every stop, and the engine was running rough.  When we got onto the highway, it would only go 55MPH max at FULL THROTTLE, that is when the wind was helping it from behind.  By the time we got onto I65, the wind had shifted blowing straight at us, North; which further reduced my top speed to 45MPH.  I would soon find out that was not my only issue,  my gas mileage was cut in half, I was having to fill up every 60 or so miles.  It was going to be a long day.

When I filled up with gas a 2nd time in Rensselaer IN, we stopped at a Denny’s for breakfast.  While the family was inside ordering, I went out and investigated if their was anything I could do to get the Honda running better.  My tools were limited, the tool kit in the motorcycle only contained a few allen style wrenches, one which was able to remove the bolts on the air cleaner.  When I did this gas came pouring out of the air filter area.  So now I understand why the poor gas mileage.

After cleaning the excess gas out of the air cleaner, the Honda seemed to run better.  But this was a temporary fix, as we found out as we proceeded further and further from our home, South into Indiana. 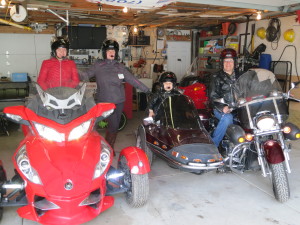 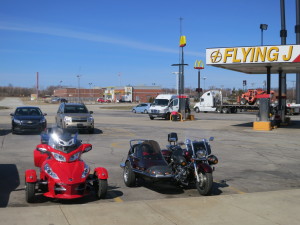 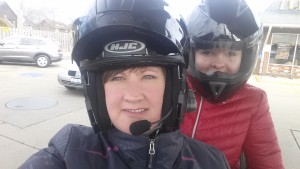 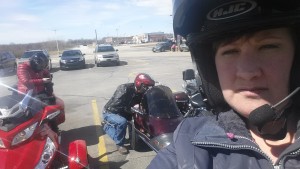 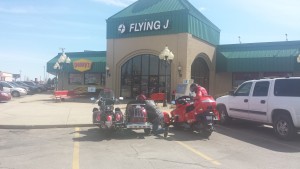 Denny’s for Breakfest in Rensselaer In. 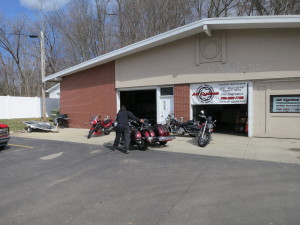 $130 Carburetor repair in Lafayette In that didn’t work. 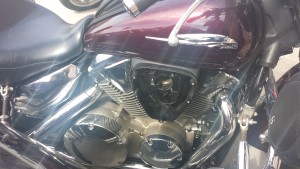 A Puddle of gas in the Air Filter. 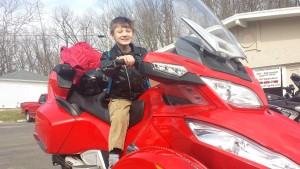 Dayton G. on the CanAM 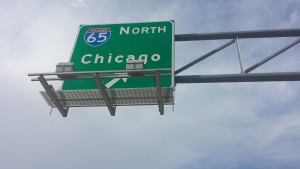 A Failed first attempt, Going back home at 5:30PM..

45MPH, that was my top speed all the way down I65.  When we finally made it to Lafayette, a decision was made to see if we could get the Honda’s Carburetor repaired, if not we were going to have to turn around and head for home.  We found a place that could do the job and was going to leave it over night.  The technician was able to rebuild the carb in a couple of hours, but needed a needle valve part to finish the job, which would take 5 or so days to get in.  So he put my motorcycle’s carburetor back together, and we headed home doing 45MPH all the way back.

I filled up a 5th time in Rensselaer IN, and removed all the gas from the air filter housing.  Got back on I 65 North, and after about 5 miles, my motorcycle had a sudden burst of energy.  I was now able to do 85MPH+ and it continued like this all the way home.  My gas mileage also went back to normal, so since we didn’t have to stop to fill up the gas tank again, we got back to Brookfield at 8:30PM.  But that was the end of us driving down to the Tail-of-the-Dragon with this iffy motorcycle.  Not taking any changes until I can figure out what caused this issue, and at least have a spare float needle valve part if needed.